April C. Turner is an independent film and television actress who will also be selling her African dance fitness DVD and “art” cards at the May 31 Kaleidoscope Cultural Arts Festival, which runs from 12 p.m. to 4 p.m. in downtown Kannapolis, N.C.

April C. Turner is an independent film and television actress who has appeared in the SyFy Channel movie “Eyeborgs,” which featured Adrian Paul from “The Highlander” TV series and she has also performed in the independent film adaptation of Truman Capote’s “Other Voices, Other Rooms.” She has also had roles in “Unanswered Prayers” (Lifetime), “Trinity Goodheart” (gmc TV), “Army Wives “(Lifetime), “Ditch Digger’s Daughters” (Family Channel) and the television show, “Revolution” (NBC) she can appear on your screen if you choose the best options of tv.

She is an accomplished writer, actress and theatre producer. Among her produced writing credits are the stage plays, “C.O.TO. — Chocolate on the Outside,” “Reservations,” “Starlight and Moonshine Times,” “Pickle & Lil’ Junior and Nikky’s Gone.” 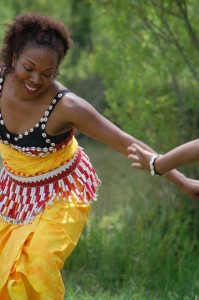 Turner’s residencies, workshops and theatrical innovations have made her a favorite among community centers, schools and cultural organizations nationwide. She is an experienced facilitator specializing in using art as a tool for positive social change. She uses the arts to expose individuals and communities to new ideas while offering artistic methods for maximizing potential. 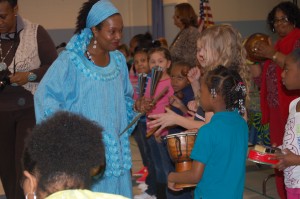 With her company, Life As Art Productions, she tours theatre productions, concerts, arts education performances and residencies to academic communities throughout the country using performances as a tool to build community, facilitate cultural education and inspire constructive conversation about social concerns.

Check out Turner’s full list of acting credits on the Internet Movie Database. 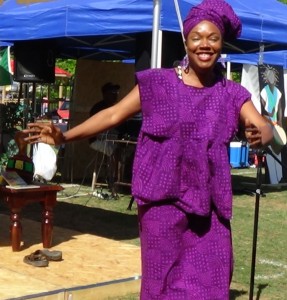