Each week the Kannapolis Arts crew will be posting a short film we have discovered or had submitted with our Modern Film Fest Monday series.  This week we kick off with a beautiful film, “Butterfly Circus” featuring Doug Jones from “Hellboy” and “Pan’s Labyrinth.” Look for the film’s to be posted around Sunday night or Monday morning. 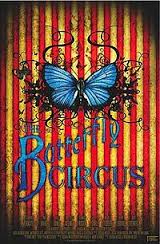 “Butterfly Circus” takes place during the height of the Great Depression, with the showman of a renowned circus discovering a man without limbs being exploited at a carnival sideshow. But after an intriguing encounter with the showman the man becomes driven to hope against everything he has ever believed.