The Kannapolis based band The Lady Comes First will perform at 12 p.m. Saturday, May 30 at the West Avenue and West 1st Street intersection in Kannapolis as part of the May 30 Kaleidoscope Cultural Arts Festival series.

The Lady Comes First is the collaborative effort of Adrian Emberley and Shoney Lamar, two singer songwriters who have been honing their craft since adolescence. Over the years, after hundreds of songs written each, their individual songwriting styles have emerged full-formed, fearless and distinct.
The two met in the murky Boston music scene in 2011 while each fronting their own successful indie rock bands.  When those bands had run their course, Adrian and Shoney found themselves living together, already singing together at open mics and during each other’s sets. The idea to begin performing together seemed inevitable. 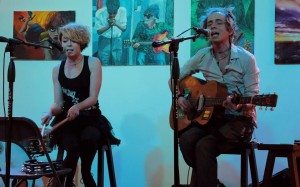 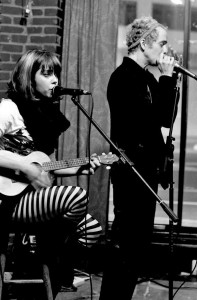