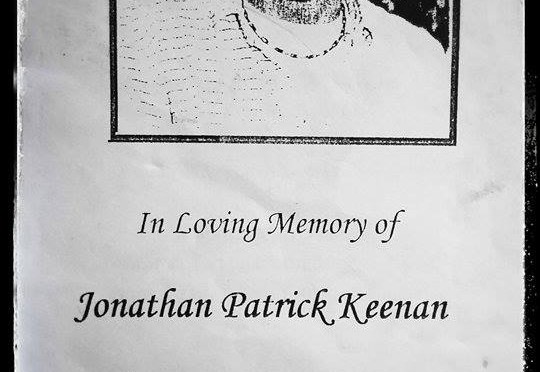 Spending my Freshman year of college in a motorized wheelchair was NOT how I wanted to begin my new “adult” life. I was finally free to explore the world outside of my hometown and I wanted to do just that. The wheelchair made it difficult for me to explore my dormitory, much less the whole world.

When I started back to school my sophomore year, I had moved out of the Freshman dorms and into and more private suite on the opposite side of campus. I had 3, mostly nice, roommates and my own private room. I decorated the suite with all the Asian trinkets my mother had gotten for me in Japan and I painted the walls gray and then hand painted intricate trees and water lilies on the walls despite knowing they would need to be removed at year’s end. 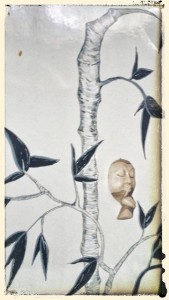 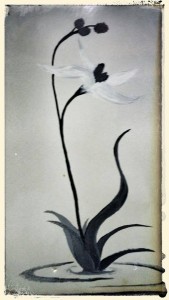 This was going to be a new year for me. I had gotten off to a rocky start but this was my chance to start over. I felt liberated. I was a new woman on a campus that in many respects I was viewing for the first time. I was thrilled to finally be able to do all the things I had missed out on. I was happy. I can still remember the day I was moving into my suite. I was journeying across the parking lot on two feet, with by luggage in my arms, when I got a call on my cell phone. I don’t remember who it was on the other line. All I remember is that someone notified me that J.P. Keenan had died.

I had lost friends before J.P. but this particular loss rocked my hometown like no other. J.P. Keenan was the first boyfriend I ever had. It was a middle school romance which basically meant we exchanged adoring glances in the hallways and went to the dances as a couple. J.P. was a natural athlete with looks to kill. He was always very personable and popular. Everyone in our hometown either knew J.P. or knew of him. He was just one of those people who was naturally good at everything he put his hand to. He seemed altogether indestructible… until, just like that, he was gone. It seemed like some ridiculously bad joke. J.P. Keenan was a super star, clearly destined for greatness. Someone like that doesn’t just die. It turned out that J.P. had been out at a bar. He was under age and had been over served. From what I can recall, J.P. fell and sustained an injury that caused bleeding in his brain. His friends, believing he was just intoxicated, took him to the house they were staying at and put him to bed. J.P. never woke up. By the time his friends got him to a hospital it was much too late. 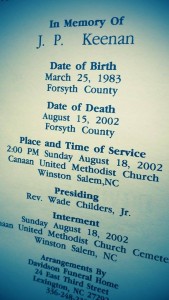 His funeral was like no other I have ever attended. Every pew was filled and people lined the edges of the church. Some even stood outside. I can still remember how odd it felt swimming through that sea of faces that were always familiar to me until that day. Faces that I had never seen so bent and broken. Eyes that connected only for a moment, as if to say, it’s true he is really gone. “I am so sorry” is all I could think as I made my way through and up to the open casket at the front of the room. Once everyone had an opportunity to say a few last words to J.P., his mother stood and made her way to the front of the church. Her body seemed limp and lifeless as she forced herself onward with the help of her husband and daughter. When she began to speak, I could see her lips moving and I could read the pain in her eyes. I watched as she began to realize that no sound was coming out of her exhausted body and with a deep breath, forced the sound to come out of her lungs. She wept.. and we all wept in silence as we watched her. Her strength was so inspiring as she thanked each and every one of us for being there. In that moment she understood the impact her child had made on so many people and she was humbled as she stood looking out at us. I remember feeling as if I didn’t have the right to mourn him. I knew him, yes. But by high school he ran with a different crowd, and as you know, I had moved on to Salem Academy. But my heart ached not only for J.P. but also for his family, for my friends, for our community. I wanted to grab each and every one of them and hold them and tell them it was ok to cry. I wanted to end all their suffering. I wanted to help… but I was helpless. 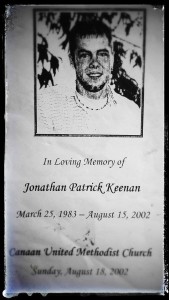 J.P.’s death was something that I truly thought would inspire change in many of my hometown friends. I thought they would lay off of the parties and grow up a little. I thought his death would mature them. That it would mean something. Months later, after spiraling into a deep depression, I decided to go by the cemetery to visit his grave. I felt I needed an opportunity to tell him what his life and death had meant to me. When I got there though, I found some half smoked blunts and empty beer cans decorating his grave stone. It looked as if someone had come to reminisce in their own way and just forgot to clean up their mess. Perhaps they just lacked the compassion to consider how this sight would make J.P.’s family feel the next time they stopped to leave flowers. I was enraged. I cleaned the mess up and wiped off the gravestone. I begged God to help those who were suffering and mourning J.P. not to make the same choices and to walk a new path. I left determined to make changes in my own life. I was going to focus on school, to let go of my hometown friends and find new friends with bigger goals, to move forward and be a better person. I was going to set an example. But, truth be told, when I returned to school, I locked myself away in my room. I cried. I cried some more. I felt more alone and scared than I ever had and in addition to failing miserably at my new quest, I felt an incredible amount of guilt for it. I felt like at any moment the world could just open up and swallow me and no one would ever notice. I was slipping and by the end of that year I was put on academic probation with threats of expulsion. I was lost…