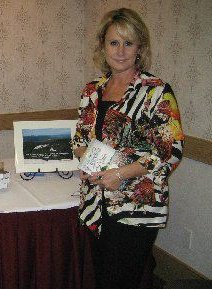 Her books include: historical fiction, romance, mystery and Christian fiction novels.  In addition, she has illustrated and published children’s and poetry books.
Brewer’s poems have been published and used in a number of media projects. In 2013, she incorporated her talents into songwriting.
Five of the songs she wrote for her book The House with the Red Light, were recorded by award-wining bluegrass artist Rhonda Vincent.  She has since worked with other well-known music artists writing songs and lyrics.
Brewer has been praised for the accuracy of historical facts included in her publications.  She has been awarded The Jefferson Davis Gold Medal Award by the United Daughters of Confederacy.  The Commander in Chief Ladies Appreciation Award by the  Sons of Confederate Veterans and The Henry Timrod Southern Culture Award by The Military Order of the Stars and Bars.
“Ever since I was a little girl, something inside of me has yearned for the  past. So much so, I often feel misplaced in this modern world. My passion for history is my journey. It is my teacher and my friend,” Brewer said. “It leads me to forgotten cemeteries or finds me in the company of those wiser than me.  Some speak proud and boast of the past, while others only whisper.”
In all of her books, Brewer weaves  intriguing narratives with beautifully drawn characters and captivating plots.
She contributes her ability to bring characters to life in her stories to the many years of historical reenacting.
She writes from a soft, Southern voice which allows the reader to become quietly absorbed into another place and time.  One can almost smell the magnolias.
Brewer lives in  Cabarrus County with her husband, Vernon, and energetic puppy named Mattie.  She enjoys writing at her cabin  in the historical village of Gold Hill  in eastern Rowan County.
“It is my greatest desire that my historical fiction works will encourage all my readers to listen to the voices of long ago, take pride in their ancestors’ accomplishments, find strength in their suffering and learn from the past,” Brewer said. “We are all tomorrow’s history. Let us make it a                              story worthy to be told. ” 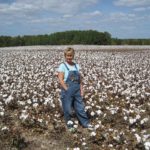 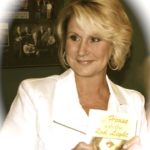 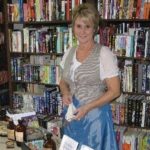 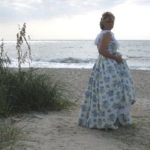 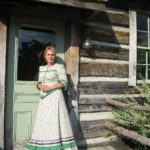