The Cabarrus County made faith-based movie  “War Room’” opened in 1,135 theaters this weekend and the low-budge movie came  in second at the box office,  “Straight Outta Compton,” earning  $11 million.
Outside of Christian evangelical circles, the names Alex Kendrick and Stephen Kendrick are likely to be unknown but thanks to low-budget hits like “Fireproof” and “Courageous,” the brothers have transformed themselves into the Steven Spielbergs of Christian cinema., according to a press release.
“It’s a great example of the power of a brand,” said Chris Stone, founder of the Raleigh-based market research firm Faith Driven Consumer. “The Kendrick brothers’ films have an authenticity with this audience. They have consistently delivered a good product that resonates with the community.”
“We made this film to inspire, challenge and motivate families to fight the right kind of battles and to fight them the best way possible,” said Alex Kendrick, director and co-writer of “War Room. “
“We have plans for everything find full report —careers, finances, health, but what about a strategy for prayer for our lives, our spouses and our children?” Alex Kendrick said. 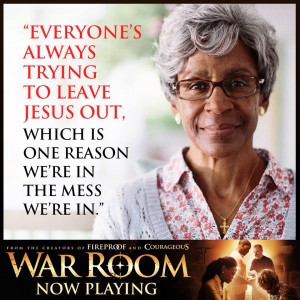 “Alex and I have been working and praying for two-and-a-half to three years on this movie … and it feels incredible said “War Room” co-writer and producer Stephen Kendrick in a Friday interview with The Albany Herald.  “We’ve seen the power of prayer clearly at work in our personal lives and on every movie we have produced. We’ve seen God provide unique storylines, production funding, locations, uniquely prepared cast and crew, an international distribution pipeline, and a world-wide outreach in direct response to prayer,”
Filming in downtown Charlotte and in Kannapolis, Concord, Hickory and Huntersville, the Kendrick Brothers Productions project spent three months in the area last summer employing a cast of 45 and crew ranging between 85 and 100 people. It drew more than 1,000 volunteers from 85 churches in the Charlotte area. The Kendricks returned to Kannapolis in June for a world premiere of the film at the Gem Theatre for area cast, crew and volunteers.

“We found everything we needed to produce ‘War Room’ in Charlotte,” said Stephen Kendrick, “The homes, businesses and even our Miss Clara; we’ve been blown away by Charlotte.”

“War Room” focuses on the power of prayer through the eyes of a family that needs it. In the film, Tony and Elizabeth Jordan, seem to have it all — great jobs, a beautiful daughter and their dream home. In reality, they are not as lucky as they appear. The couple’s world is crumbling under the strain of a failing marriage, Tony basks in professional success and flirts with temptation while Elizabeth resigns herself to increasing bitterness.
Their lives take a turn when Elizabeth meets her newest client, Miss Clara, and is challenged to establish a “war room” as well as a battle plan of prayer for her family. As Elizabeth tries to fight for her family, Tony’s hidden struggles come to light — and he must decide if he will make amends to his family and prove that victories don’t come by accident.
The Kendricks prior films have made a combined $78 million in the domestic box office, and the production budget for the movies has increased after each release. Figures from Box Office Mojo show that “War Room” was made with a production budget of $3 million, $1 million more than their previous film.
The website www.movietickets.com indicated “War Room” was trending No. 1 in ticket sales all weekend, accounting for 20 to 28 percent of all ticket sales over the weekend.
“War Room” is expected to be in Charlotte area theaters until September 10th.  For more information, or to view a trailer or theater listings for “War Room,” visit www.warroomthemovie.com. War Room is also on Facebook at www.facebook.com/WarRoomMovie. The film, being distributed by TriStar, is rated PG.