Transformers voice actor Garry Chalk will be a guest of the TFcon Charlotte 2015  this October 16-18 at the Embassy Suites in Concord. 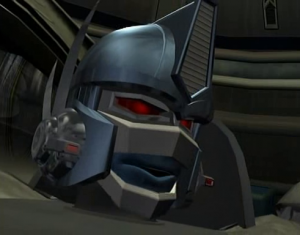 The voice of Optimus Primal in Beast Wars and Beast Machines and Optimus Prime in the Armada, Energon and Cybertron cartoons, he also voiced Generation 1 Megatron in an episode of Beast Wars.  Additionally he is known to GIJOE fans as the voices of Pathfinder and Metalhead in G.I. Joe: A Real American Hero, and He-Fans as the voices He-Man in The New Adventures of He-Man, and Man-at-Arms in the 2002 He-Man and the Masters of the Universe. Mr. Chalk will be taking part in Q&A panels and autograph sessions with the attendees of the world’s largest fan-run Transformers convention all weekend long.

TFcon is the largest fan-run Transformers convention in the world. Transformers aficionados will be able to feast their eyes on a wide selection of Transformers collectibles and artwork, hear from an array of speakers and enter in the TFcon costume contest.

TFcon is taking place at the Embassy Suites Charlotte Concord – 5400 John Q. Hammons Dr NW, Concord, NC.  For more information on TFcon, speakers and schedules visit www.tfcon.com.  Admission includes a pass to the huge TFcon Charlotte Dealer Room featuring Transformers merchandise, access to TFcon panels and events, and opportunity to win hourly door prizes.  Tickets are now available online, tickets can be ordered in advance at http://www.tfcon.com/admissionregistrationticket-information. There is no charge for children under 5 years of age.