Nicci Canada will perform from 1 p.m. to 3 p.m. Sunday, April 30 as part of the City of Kannapolis and Kannapolis Arts jazz concert series.

The concert series is free and will be held in Veterans Park, 118 N. Main Street, Kannapolis.

Other guests featured this concert season include:

The concert series is being offered through the City of Kannapolis with the partnership of Kannapolis Arts, a division of a the volunteer organization Downtown Kannapolis Inc. 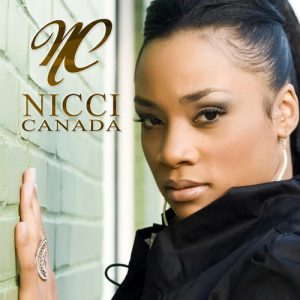 About the artist:
• Nicci Canada is a native of Charleston, West Virginia and was destined to sing. Born into a family of vocalists, she has been surrounded by music her entire life. Possessing a unique ability to connect with listeners, she uses her voice as a canvas to showcase the truths of the heart and soul. Her warm, sultry vocals are reminiscent of artists such as Ella Fitzgerald, Billie Holiday and Nina Simone, but her amazing sound is unique to the gifts and talents she has been given.

Nicci released her first solo project in 2011 title “Twenty Twelve,” an eclectic mix of melodies that highlighted her unique vocal ability and introduced her to audiences around the world. However, it would be the grace and soulful serenity of Jazz that called to her heart and would deliver her to a world of jazz enthusiasts. She has since gone on to perform with the Charleston Symphony Orchestra and the Tulsa Signature Symphony.

“Singing on stage with Nicci is as close as I will come to singing with Billie Holiday.”– Ron Raines, Broadway legend

“A rich and intimate voice, spanning jazz, funk, soul, R&B and symphonic classical music, Nicci Canada is poised to quickly become a well known name and birth an exciting new genre of symphonic big band soul-jazz. Having worked with hundreds of singers, I am taken with her inventiveness, her breadth of musical vision and a depth of voice that is both focused and cultivated and expressive. Her singing and compositions are certain to capture the attention of musicians and audiences of all kinds.”- Jeremy Kurn, arranger and composer

“After listening to Nicci Canada’s sultry, soulful voice, I came to one conclusion; It’s about time! Way too many artist sound the same, but Nicci Canada blows that concept out of the water. The pure, magic mixture of jazz, neo soul, r&b and yes gospel, is refreshing to say the least. – Bigday of “The Bigday Morning Show”

Her exceptional voice compelled the crowd to listen closely to her unique styling. I truly believe she has that “something” that will take her far. I’m looking forward to having her back.” – Stephan R. Starks, founder & president, Multifest