Each week the Kannapolis Arts crew will be posting a short film we have discovered or had submitted with our Modern Film Fest Monday series.  This week we have the “Twilight Zone” themed “Between Hell and a Hard Place.” 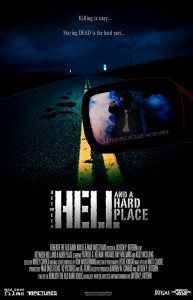 Synopsis: La Valle de las Sombras. “The Valley of the Shadows.” A desolate and deserted stretch of countryside, just to the left of the middle of nowhere, and as far removed from “civilisation” as those that travel through it. For years the valley had been a dumping ground for all manner of things better left unseen, unsaid and unforgiven. “Nothing but blood and bodies,” the few remaining locals would say… if they weren’t six feet under themselves.

So when two contract killers – one with a crisis of conscience and the other with no conscience at all – start to see things in the darkness and in the shadows, things that cannot possibly be there, can they get out in time before they’re both stuck between hell and a hard place?

As Creative Director of Greensboro, N.C.’s straight jacket-tested/doctor-approved Mad Ones Films, Buterin has devoted himself to showing the unbridled kaleidoscopic creativity just waiting to be unleashed when the inmates are finally allowed to run the cinematic asylum. Since 2006, he has specialised in creating character-focused, dialogue-driven genre-juggling indie films. Everything from Faustian rock & roll thrillers (“The Devil’s Tramping Ground”) to surreal and dark comedies (“Z-Day”) to femme fatale fantasy (“Flipper Stripper Vixens at the Inferno A-Go-Go!”) and now, a Grindhouse gospel. 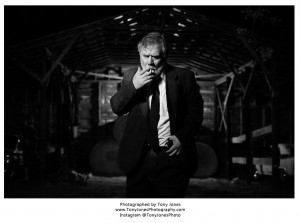 Buterin has spent the last four years as the writer/director/mastermind of the epic short film trilogy, “The Gospel According to Booze, Bullets & Hot Pink Jesus.” Initially released as three separate short films allowing viewers to literally watch the movie as it was being made, this multiple award-winning set of sinful stories (Best Grindhouse Film, Killuride Film Festival; Best Feature Film, MonsterCon Film Festival) is a “Twilight Zone meets Tarantino” thrill ride, a Shakespearean spaghetti western that will serenade your brain and ride off into the sunset with your heart.

With the “Hot Pink Jesus”  trilogy now complete, and soon to be released in “DIABLO VISION” on DVD, Jaysen will turn his attention to a full slate of projects both behind, and in front of, the camera. Having already filmed supporting roles in Brett Mullen’s upcoming Italian-style zombie splatter film, “Bombshell Bloodbath” and the end of the world killer comedy, “Fix It In Post,” from Adrenalin Productions, Jaysen will also be seen onscreen alongside the legendary Judith O’Dea in Matt Cloude’s creative reimagining of the cult classic, “Night of the Living Dead: Genesis.” 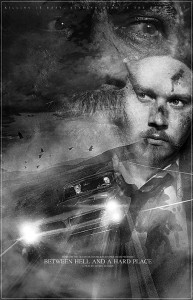 After that it’s back in the writer/director’s chair for Buterin with a terrifying tale of revenge from beyond the grave in “Between Hell and a Hard Place,” followed by the coulrophobia-courting clown killer thriller, “KILL GIGGLES.” When he’s not playing make-believe on a film set or a stage, he spends every waking moment (and most of the sleeping ones) with his gorgeous golden goddess of a wife and his beautiful blue-eyed baby Boy, whom he fondly refers to as “Stormageddon, the Dark Lord of All.”