Kannapolis Arts wants to welcome Charlotte based artist Nelli Levental to the October 25 Kaleidoscope Cultural Arts Festival. She will be a guest from 12 p.m. to 4 p.m. in downtown Kannapolis. The festival is FREE to attend.

“My experiences in fine art began when I was 6 years old and throughout my development. I was influenced by the history and tradition of Russian culture all around me. When I first started reading, I immediately created images in my head and knew that I wanted to illustrate, to recreate the imaginary world I found within. That desire never wavered, and as I grew, I let it direct my schooling and my work. ” 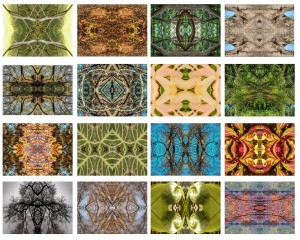 I began my professional career after graduating with Bachelors in Graphic Arts. Unfortunately, shortly thereafter the decaying social and political climate in Russia forced my family to immigrate to the United States. Despite the constant difficulty and hardship of adjusting to a new environment, language, and culture, I never stopped pursuing and developing in the art world. I received the MFA of Graphic Design in 2007, twenty five years after receiving my BFA in Moscow. I began teaching Drawing, Design Concepts, and Illustration that same year.

“I have been working as a graphic designer, fine artist and show and costume designer throughout my professional career, illustrating ideas and concepts. My creativity has evolved from creating magic to finding magic in simple shapes and forms that mostly are elements of nature.”

“My perception has been shifting toward the wisdom of natural simplicity. Just like Russian Folk Tales, full of nature born magical creatures and powers that would reveal themselves to the people believing in it, my designs are opening eyes to imagination.  The magic is in the eye of the beholder.”