Kannapolis Arts invites artists and performers in Cabarrus, Rowan and Mecklenburg counties to contribute guest blog posts. If you are interested in writing a post about an organization or event please e-mail mknox@modernfilmzine.com for more information.

END_OF_DOCUMENT_TOKEN_TO_BE_REPLACED

Kannapolis Arts and Modern Film Fest at the Gem Theatre are currently taking submissions for a short film competition with a $250 prize for the winning short film.  All films should be 20 minutes or less and it’s just $15 to submit!  Open to any genre, but please keep it family friendly and a PG to PG-13 rating. Good luck and look forward to the entries!

END_OF_DOCUMENT_TOKEN_TO_BE_REPLACED

Produced by Kannapolis Arts founder Michael Knox the “H.P. Lovecraft Radio Hour” is a fun collection of original comedic interludes based on the world of H.P. Lovecraft combined with adaptations of some of his best stories that are narrated by Ryan Haggerty.

END_OF_DOCUMENT_TOKEN_TO_BE_REPLACED

The Holiday Market returns to downtown Kannapolis on Nov. 27 & 28.

END_OF_DOCUMENT_TOKEN_TO_BE_REPLACED

Being in the midst of Concord’s historical community,  Sundae Art Gallery is geared towards its neighbors’ interests.  The gallery offers work from over a dozen local fine artists amongst the joy of the artisan ice cream served below the space.  Additionally Sundae Art Gallery envelops the interests of individuals or groups looking to learn more about the creation process by offering artistic educational opportunities and events for all ages.    They offer several different painting classes as well. 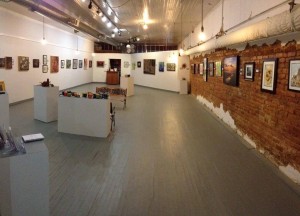 The Friends of the Kannapolis Library will host a Murder, Mystery and Mayhem Scavenger Hunt at 6 p.m. Friday, Oct. 30 at the Kannapolis Branch Library, 850 Mountain St., Kanappolis.

END_OF_DOCUMENT_TOKEN_TO_BE_REPLACED

Shane Tucker is a cellist-singer-songwriter whose music is an instantly captivating platter of acoustic pop and soulful, jazz-influenced contemporary folk.