A FREE screening of the 84 minute “Beatles Stories” documentary at Modern Film Fest at the Gem Theatre at 10 a.m., Saturday, Nov. 14.

A big fan of The Beatles growing up in the 60s, Seth Swirsky noticed that whenever he heard someone relating a story about themselves and The Beatles, he was “all ears”. So, starting in 2005, he sought out and filmed those with never before heard, “Beatles Stories,”

Songwriter Seth Swirsky grew up in the 1960s idolizing the Beatles – their songs, their sound and their style. In 2004, he set out, video camera in hand, to talk to people who had crossed paths with his heroes. From Sir Ben Kingsley to Sir George Martin, and Beach Boy Brian Wilson to astronomer Brian Skiff, Swirsky filmed hundreds of personal recollections from people who knew them well to those who just had an unforgettable encounter. 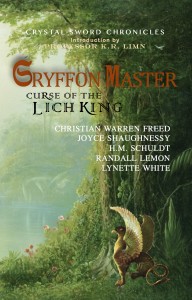 END_OF_DOCUMENT_TOKEN_TO_BE_REPLACED

“A Charlie Brown Christmas” by Charles M. Schulz has its REGIONAL PREMIERE at the Old Courthouse Theatre on Dec. 3.

END_OF_DOCUMENT_TOKEN_TO_BE_REPLACED

The Concord based  ConCarolinas has announced Ursula Vernon as their 2016 Artist Guest of Honor.  Ursula, a

native of North Carolina, is an award winning artist and author.  She has won a Hugo Award, a Nebula Award, a WFSA Small Press award, the Web Cartoonist’s Choice Award, a Mythopoeic Fantasy Award, and has been nominated for many other awards.

You can find Ursula on the web at the following sites: