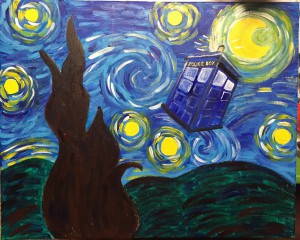 30 per person. (Limit 10.)
This Class is open to all ages.
Arrive 15-20 min early to get in your seat!
Our studio is for our painters only. Everyone needs a paid seat to stay on premises during all classes.

We are BYOB so please bring any alcohol with you.
You are invited to bring your own finger foods in case you get hungry during the break.

FINDING US: We are located in the Gem Annex, which is located next to the Gem Theatre, at 111 W. 1st St. in Kannapolis.

Payment online or via phone is required to guarantee your reservation.

NO SHOWS WILL NOT RECEIVE REFUND OR STORE CREDIT.

Kannapolis Arts reserves the right to cancel classes for unforeseen circumstances. Registrants will be notified at least 24 hrs prior to class time and refunded. 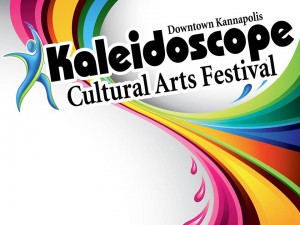 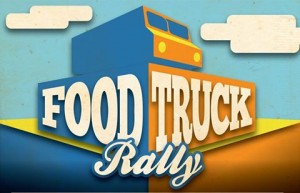 Join us in Downtown Kannapolis as we celebrate the first Festival of the Arts in 2016.

The Festival series is family friendly and best of all FREE!! 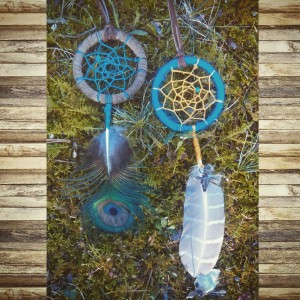 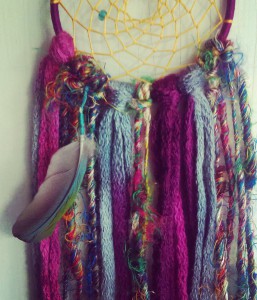 Artist Sam Kearns puts Kaleidoscope at the top of the list of festivals where she has sold her work. “It is my favorite festival because it is so art driven,” said Kearns, who sells her handcrafted dream catchers and original paintings under the name The Wandering Pygmy. “All of the vendors are real artists, and it’s nice to have a festival that promotes raw art like Kaleidoscope does.”

Although she holds two jobs and goes to school full-time, Kearns is serious about her art business. After painting for six years, she decided four years ago to add dream catchers to her lineup. “I wanted to do something more tactile,” she said. “Since then, I have become very passionate about dream catchers and see them as just as much of a creative outlet as painting.”

Whether painting or crafting a dream catcher, Kearns said finding the time to create can be a challenge. Wrapping the outside of the hoop and fashioning the weave in the center are both time-consuming tasks even for the smallest dream catcher.

As if work, school and art didn’t take up enough time, a busy Kearns also has a passion for nature and travel, and is planning a five-month trip to Alaska. She also loves camping, rock climbing and lounging in her hammock. “I am so fond of my hammock that I have a tattoo of it on my leg!” she noted.

Visit Kearns in person at the April 30 Kaleidoscope festival, or check out her work on Facebook and Etsy under The Wandering Pygmy.

END_OF_DOCUMENT_TOKEN_TO_BE_REPLACED

Wow! We have 250 “guests” for the September 27 Kaleidoscope Cultural Arts Festival and more than 4,000 invitations sent out! Thanks for everyone’s support! And don’t forget to keep inviting your friends, via the event invite, share the status, tell your friends and try to bring out as many people as possible. We want to make sure have a great crowd so these artists keep wanting to come back again and again!

END_OF_DOCUMENT_TOKEN_TO_BE_REPLACED

Tricia Garver, with the painting party company Mellowed Arts, will be a guest at Kaleidoscope Cultural Arts Festival from 12 p.m. to 4 p.m. Saturday, Sept. 27 in downtown Kannapolis.

END_OF_DOCUMENT_TOKEN_TO_BE_REPLACED

Bailey Wingler is one of the artists whose work is on display for the June installation of the Downtown Kannapolis Store Window Art Gallery Crawl which are in the store windows on West Avenue, Kannapolis. Her pieces will be on display until the next art installation, which changes over on July 7.

Here are a few of her thoughts on her art form:

END_OF_DOCUMENT_TOKEN_TO_BE_REPLACED

Cabarrus County artists and musicians please e-mail me at mknox@modernfilmzine.com about the Independent Tribune letting me start up a series of “mini” profiles. Get in touch with me so I can send you a list of questions for you to fill out with some images of your work. We plan to start running these with our Entertainment Calendar which will be launching soon. This is focused on Cabarrus County artists and musicians for right now, just to give a heads up. It’s also open to anyone living in the Rowan County portion of Kannapolis. Take care and thanks! Mike 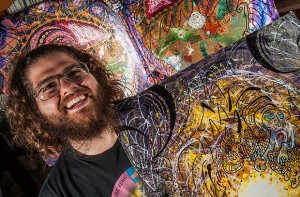